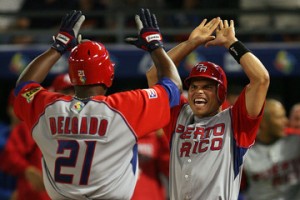 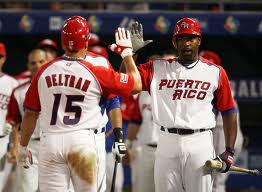 The second half of the Major League Baseball season began Thursday night, and many in Puerto Rico are with a lot of good expectations.

Just as a start, everybody is happy that Carlos Beltran returned with the New York Mets, and Joel Piñeiro won his seventh straight decision as the Los Angeles Angels defeated the Seattle Mariners.

However, not every baseball fan is cheery and festive these days.

Carlos Delgado announced Thursday that he will not be able to participate with the Puerto Rican national baseball team in the upcoming Central American and Caribbean Games in Mayaguez because of a recommendation from his doctor.

Delgado, who had shown interest in playing for the national team at Mayagüez 2010, is still recovering from surgery on his right hip.

Delgado, the all-time leader among Puerto Rican players in the majors with 473 home runs and 1,512 runs batted in, was on the national team’s provisional roster for several weeks but said his final decision would depend on his physical condition.

It is true that the two-time All-Star and three-time Silver Slugger Award winner had not played in a Major League game since May 10, 2009, but he lost a golden opportunity.

The games would have been his showcase to show that he is still functional and still could play at a competitive level.

Absolutely, the 37-year-old first baseman would have to be careful; nevertheless Team Puerto Rico would have benefited from his presence.

Let not forget Delgado, even though elbow tendinitis limited him to just one plate appearance in the inaugural 2006 World Baseball Classic.

Delgado not only spun doubts on his possible return to the majors, but also put a sour spin on what could have been a boon for Puerto Rican national pride.

Team Puerto Rico is the favorite team to win the gold medal in his own backyard in this  regional games.

Team Puerto Rico last won gold was in the El Salvador Games in 2002, which was its last medal in the Central American and Caribbean gams, only their second gold in the history of these games. The first one was way back in 1959 in Venezuela.

Furthermore, last time the games were celebrated in the U.S. Commonwealth Island, Ponce 93′, Team Puerto Rico was shorthanded with a bronze medal.

Manager Eduardo Perez, former Major Leaguer and son of Hall of Famer Tony Perez, found a replacement for Delgado in the lineup with power hitter Joyset Feliciano, one of the top hitters in island Double-A baseball (a semi-pro league with good local talent).

True, any player in given time is replaceable. However, Delgado is considered one of Puerto Rico’s top sports heroes and should have shown his country passion as in past World Baseball Classic, and show he was ready to play ball again.

It was his moment to demonstrate to any team that no matter how he had been more than a year away he could be back to the Major Leagues.

It could possibly have shown as it has been a rumor for a long time regarding his return to his beloved New York Mets.

Is the other Carlos ready? 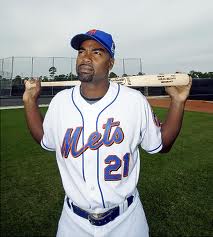 Spring training is around the corner and still many well-known names are looking for employment.

One of them is Carlos Delgado.

With only two weeks left Delgado is starting to wonder if he will have one more chance to play in a big league diamond.

The 37 year-old veteran is pondering if he will get one more opportunity to reach the 500 home run career mark. His only 27 homers shy of the 500 homers club plateau that will give him a chance to be consider hall-of-fame bound.

Probably the Florida Marlins will give him that opportunity.

According to a The Miami Herald report, the Marlins are considering Delgado as a much needed left-handed batter coming from the bench and as the same time to play occasionally first base.

The Marlins lost valuable utility-man Ross Gload to its East Division nemesis the Philadelphia Phillies this past winter.

The 17-season slugger fits both jobs but they are lingering questions.

The slugger also according to published reports from various Puerto Rico newspapers is looking to make big money.

Furthermore, it has to be seen how Delgado and Marlins top brass will get to an understanding.

Last time Delgado played for Florida the story did not end a happy one.

Delgado in 2005 signed as a free agent with the Marlins to a $52 million- 4 year contract however the season that was supposed to be one to defend its World Series title turn to be an underachieving and sour one for the Fish.

As the Marlins financial storyline is well known in major league baseball, notwithstanding, Delgado hit .301, 33 homers and 115 RBI’s and finished sixth for the National League MVP award he was traded that 2005 winter to the Mets for cash and prospects being the main player Mike Jacobs who is looking for a job nowadays too.

As of the moment, the only other franchise that has express interest in Delgado is also a former team, the Toronto Blue Jays.

Delgado to show his healthy he played eight games of winter ball in Puerto Rico with the Gigantes de Carolina, hitting .280 with a homer and 2 RBI’s.

According to the same published reports from Puerto Rico, Delgado may opt to retire if he does not receive an adequate offer to play next season.

If he will become a Marlin again, time will tell.