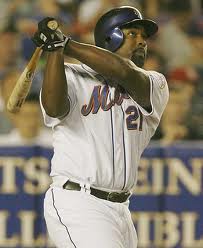 When thinking about Puerto Rican catchers, it first comes to mind such names as future hall-of-famer Iván Rodriguez, veteran Yankee Jorge Posada and the new wave kids Geovany Soto and Omir Santos. Often forgotten and they shouldn’t be there are Bayamon’  Molina brothers. Hopefully one month from now Yadier and Bengie will receive the attention they deserve.

“We all are quiet. We come to the ballpark to do our work and with God blessing we do the best job we can,” Yadier said at Landshark Stadium in Miami.

The Molina brothers younger to older Yadier (Cardinals), José (Yankees) and Bengie (Giants) they all debuted in the same season in 2004. They are the only trio of brothers  in Major League history to win World Series ring. However, no matter what, there are often left out of the favourite boricuas fan list.

That probably could change in few weeks as both the junior and the senior can be select it to their first All-Star Game in their careers.

“Yadier is like the kid everybody loves in the neighborhood,” St.Louis’ Manager Tony LaRussa said. “He deserves it same as his brother (Bengie).”

At this moment, Yadier, 26, is the leading vote-getter among National League catchers for the upcoming All-Star Game. And he is very happy about it moreover this year Summer Classic is at his Redbird nest at Busch Stadium in St. Louis July 14.

“It means a lot to me. A lot of people doubted I could do it,” Yadier said. “I’m proud of what I have done so far. It feels very good.”

Of course, he should feel good. Defensively he is probing once more he was not just lucky last season when he won his fisrt Gold Glove. At present, Yadier leads all Major League catchers in throwing percentage (41.8) and leads the majors in pick-offs since 2005. He admitted is slumping offensively a bit but he knows he can do better as similar to last year career-best .304.

In the other side of the country, all west, Bengie, 34,  is finally getting the attention he deserves. Not only because he is only 1 of  3 active catchers —Pudge Rodriguez (13) and Brad Ausmus (3)– to have won multiple Gold Gloves (American League 2002 and 2003) or owns as a catcher a career .994 fielding percentage. As a backstopper, he is second in the majors in putouts and have logged fourth-most innings played behind the plate. Also, he can hit too. He leads his San Francisco uniform in homers and RBI since 2007 and he is the leader again in both departments in 2009 (9 HR-37 RBI).

“(Pitcher) Matt McCain should be our All-Star this year. If I’m select it then it will be a great honor.” Bengie said. “Of course, that will be great to play in the same All-Star Game with my brother”.

Last Puerto-Rican duo of brothers to play in All-Star Games together were Roberto And Sandy Alomar Jr. in the 90’s.

Even though he is satisfied with the Giants—were he have been its franchise MVP the last two seasons— he stated he sometimes feels unrecognized as in his days with the Anaheim Angels. However, he said that given the right oppportunity he wants to stay in the Bay Area with San Francisco and be the starting catcher for the next two or three years.

Bengie is a free agent at the end of the season but he does not want to discuss with the Giants management a return to the team and any kind of deal anytime after the All-Star break.

On José, the other forgotten, is at the moment in the Yankees minor league complex in Tampa in a rehablitation assignment (strained left quadriceps muscle).

José, 33, went on the disabled list last May 10. No word from the Yankees management how soon he will called up.