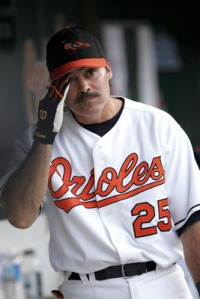 In the long run, they have to admit it–they were cheaters.

At least, McGwire called it the most “regrettable mistake” in his life.

The question nowadays is “who’s next?”

Next should be Rafael Palmeiro and Sammy Sosa.

Both have yet to divulge their personal transgressions.

For years both former sluggers had been named in multiple reports for their steroid use. They know they were not clean, and they know we know it.

Palmeiro and Sosa should know this is their time. It is. Both they know they have to clean their images to have the chance to be immortalized someday in Cooperstown.

Palmeiro quietly built numbers over a 20-year career that can be compared with Latino greats Roberto Clemente and Rod Carew.

He ended his career as member of the exclusive 500-home run and 3,000-hit club and is only one of four players in history to be member of both.

However, Palmeiro has never been forgotten for his actions at a Congressional hearing in 2005; while under oath, he pointed his finger, stating “Let me start by telling you this: I have never used steroids, period. I don’t know how to say it any more clearly than that. Never.”

Most fans probably have forgotten that he was the biggest player ever after Ernie Banks in a Cub uniform. He was the “Bambino Latino” from the Dominican Republic that electrified fans for many seasons Wrigley Field.

He and McGwire were the men who gave us that magical 1998 season.

Sosa and McGwire were back-to-back in the pursuit of Roger Maris’ single-season home run record of 61. McGwire wound up with 70 and Sosa with 66.

No doubt his final career numbers are bound for the Hall of Fame.

However, what many fans remember is Sosa with an interpreter telling Congress after many years in the States he did not speak English and he should be excused.

As with McGwire, both Palmeiro and Sosa were liars in the infamous 2005 Congressional hearing on baseball and steroids.

According to substantial media reports, Palmeiro and Sosa are not the only Latinos that should step forward for using performance-enhancing drugs.

Gonzalez is eligible next year in the Hall of Fame ballot, and it should be his time to speak up too.

It has been reported that, in Latin America, the reaction of the McGwire news was muted and taken with little fuss.

South of the border, baseball-loving fans want their heroes to have the courage to come clean on the use of controlled substances.

They want that Palmeiro, Sosa, and many others to at least make the attempt to help close the chapter of the so-called steroid era in Major League Baseball.

Let’s hope they make it soon.